Cryptorchidism as a Cause of Male Infertility | PRC

Cryptorchidism as a Cause of Male Infertility

12 Mar Cryptorchidism as a Cause of Male Infertility

Cryptorchidism is the medical term for undescended testes and it is one of the most common congenital conditions in the pediatric population. It is associated with impairment of germ cell maturation and is a leading cause of infertility in males. It occurs in approximately 1-3% of full-term newborns but it occurs up to 30% of preterm boys. Cryptorchidism leads to a condition called azoospermia in 13% of its patients, which is the absence of viable, motile sperm production.

About 10% of infertile men have a history of cryptorchidism and orchidopexy, and bilateral cryptorchid men have a six times greater risk of infertility. If left untreated, untreated bilateral cryptorchidism has a 98% association with azoospermia. It is critically important to treat cryptorchidism when the patient is about 6 months old because it is extremely rare for it to spontaneously descend and for the likelihood of fertility to improve. Hormonal therapies, such as human chorionic gonadotropin (HCG), gonadotropin (LH)-releasing hormone (GnRH, LHRH) or in combination are not that successful (less than 25%), while the definitive treatment is surgical orchidopexy with a success rate higher than 80%. Performing a testicular biopsy at the time of orchidopexy can provide significant information on the future chances of fertility. Spermatogenic index decreases significantly by 9 months of age and orchidopexy at or before this time may stop testicular degeneration in some patients improves the chances of fertility.  It must be noted, however, that early orchidopexy does not always guarantee later fertility. In fact, studies have shown that despite orchidopexy before 6 months, up to 1/3rd of boys will grow up to be infertile. 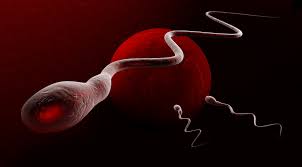 There are new approaches that have made it possible to have viable sperm in males who were thought to be infertile because of cryptorchidism. Testicular spermatozoa can now be retrieved in some patients despite the absence of ejaculated spermatozoa in their semen. Micromanipulation techniques, such as intracytoplasmic sperm injection (ICSI) and in-vitro fertilization (IVF) which allow sperm with a limited fertilizing capacity to successfully fertilize the female egg. There is a range of standardized surgical techniques that can be used to extract spermatozoa from azoospermic men from their epididymis and/or testis for ICSI, such as microsurgical epididymal sperm aspiration (MESA), testicular sperm aspiration (TESA), and microdissection-TESE (MD-TESE).

In non-obstructive azoospermia, the presence of testicular spermatozoa is a requirement for these treatments to be successful. It is important to note that a complete lack of germ cells at the time of surgery is an important predictor of future fertility in these boys. Therefore, it is imperative to preserve germ cell development apart from early orchidopexy, and testicular biopsy should be performed at the time of orchidopexy to identify those who would benefit from LHRH treatment afterward. Overall, the diagnosis and management of cryptorchidism are time-sensitive and appropriate steps taken at the right time can improve these patients’ chance at fertility, especially if assisted by newer assisted reproductive techniques.